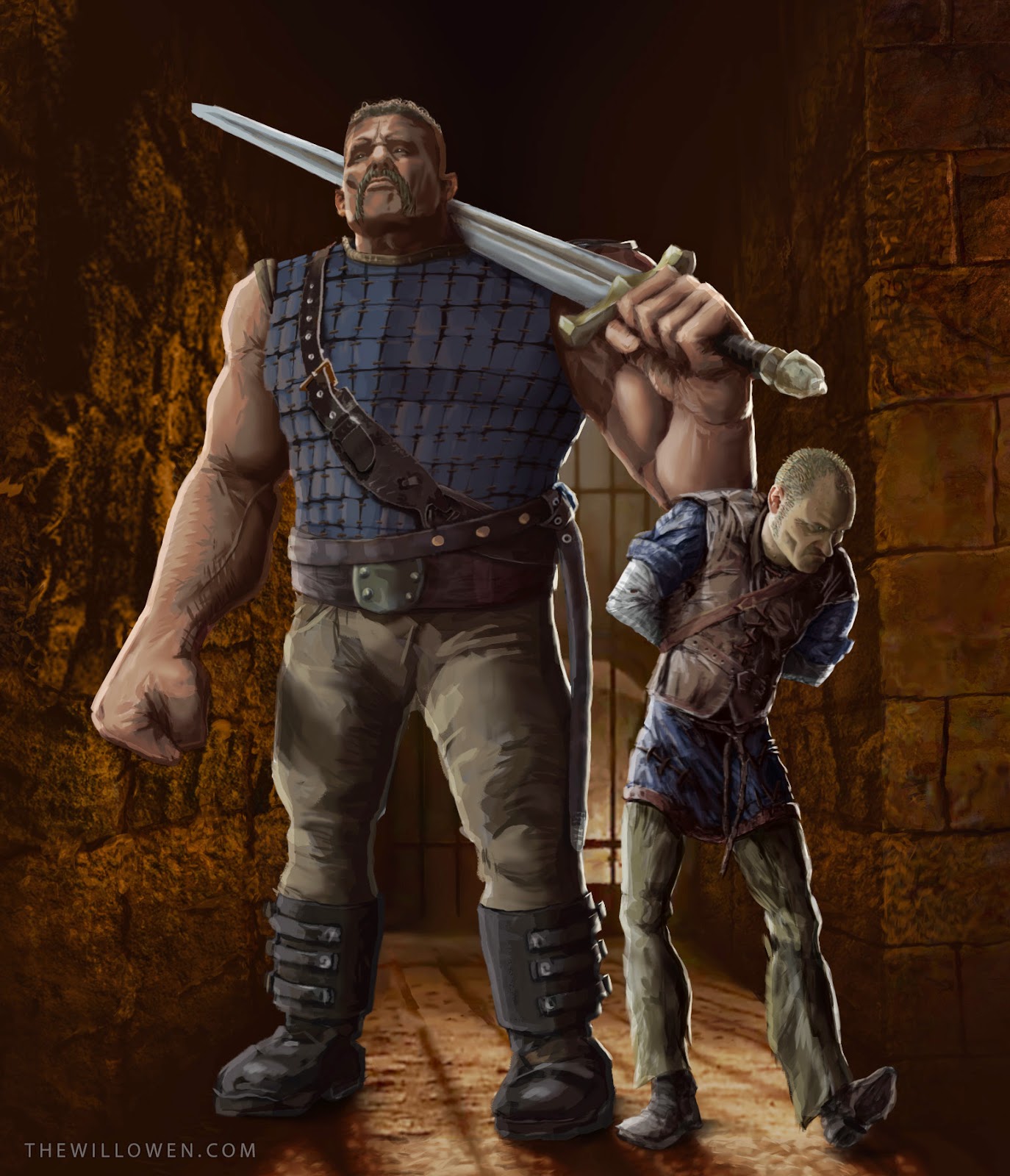 This is some fan art of Blood and Cheese, who are characters in George R. R. Martin's novella The Princess and the Queen in the Dangerous Women anthology, part of the series A Song of Ice and Fire. Or Game of Thrones if you watch the show.

1. These dudes are evil. You gotta be pretty bad to be truely evil in GoT. They're a Rocky and Mugs type couple.

I wanted to really push the physical extremes of hulking Blood next to a normal-to-small proportioned Cheese, but still keep it relatively realistic. You can see here I initially wanted to give Blood some neck armor (similar to the Hound) but it was dropped in the end. Note the stiff posture of Blood and the the curved, hunched pose of his partner to contrast.


2. Next is cleaning up the body structures. You don't want to start drawing clothes on a body with warped, unnatural anatomy. Note how Blood's hands change a bit.

This is also a chance to start thinking of light sources


In the story the pair lurk through tunnels King's Landing, so the background is painted to resemble the dungeon Arya crept through in season 1.

For references on Blood's armor I used the kinda banded armor that Bronn wears.  For Cheese, it was the executioner Ilyn Payne.

I've taken out the figures to show you the background. You can see the perspective lines of the hallway in the parts that didn't get painted.

The walls are really close since the hallway is a secret passageway. I wanted to keep everything really dark to reflect their environment and their unsavory personalities.


If you're a fan of the series, here's a link to a clue on the fate of the dastardly duo: A Forum of Ice and Fire
Posted by Will O

Email ThisBlogThis!Share to TwitterShare to FacebookShare to Pinterest
Labels: Fan Art, GoT